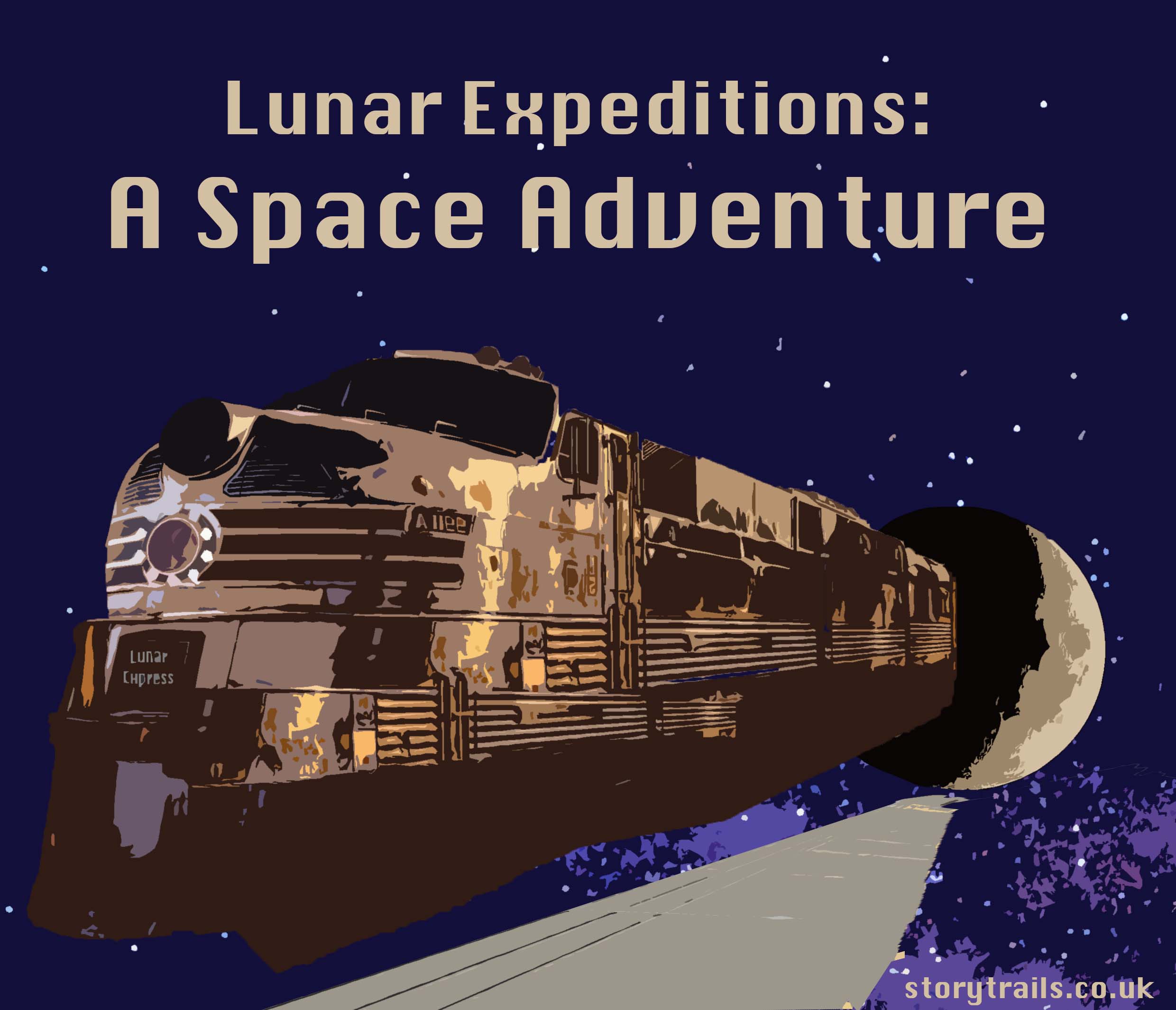 The Lunar Express was a Creative Challenge Commission for Wakefield’s Festival of the Moon, a two-week extravaganza celebrating the 50th anniversary of the first moon landing by NASA’s Apollo 11 rocket! Luke Jerram’s incredible artwork, Museum Of The Moon, was suspended from the Market Hall’s ceiling, and 21 local artists were commissioned to create art alongside it – I was fortunate enough to be one of them.

Little astronauts and their accompanying grown-up mission commanders went on a journey around the moon, marvelling at the wondrous moon views, and discovering new and incredible things along the way.

The only thing was… well, the ancient, space-bound vessel was a little past its very best and it sort of broke down a bit. But it was ok – in the end the astronauts put the ship back together, and we learnt a thing or two about alien moon rocks while we were at it!

Listen to the prequel here!

You can listen to the one-off podcast prequel to our wonderful adventure around the moon on The Lunar Express here: